3)  PAVE Crowdise Challenge for the month of April:

Show your support for survivors of sexual violence and click below to donate.  Every little bit adds up!  Or to participate more, create a fundraising team and compete to win tickets to meet Haley Reinhart and other Chicago celebrities.  We hope to raise $10,000!  For more information:

**Free Parking in the Parking Garage next to Durty Nellie’s**

Space is limited, so order your tickets today:  www.EmpowermentSummits.com

HLCC has joined forces with PAVE, Erin’s Law and Suburban Woman Newspaper to provide an amazing event to empower people to healthy living while raising money for both PAVE and Erin’s Law to help these organizations move forward with their mission to reduce sexual violence!

Come and hear presentations on a range of mental health and wellness topics, experience classes in iRest meditation, Tai Chi/Qigong and other healing arts or meet with an acupuncturist, chiropractor, mental health expert, nutritionist or other wellness professionals.

Lunch will be provided. 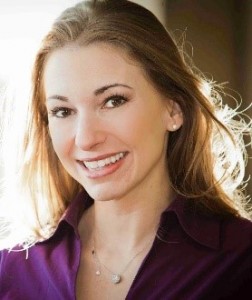 A seasoned media guest, Rose has appeared in countless television and media appearances including The Oprah Winfrey Network on Valentine’s Day 2013, The Today Show, Time and Dr. Drew Show. CNN Headline News named Rose as a “Breakthrough Woman” in November 2011. The Biography Channel profiled her story on the show “I Survived” in April 2012 and more recently the television show “48 Hours” featured her story and her organization PAVE in November 2014.

Angela Rose is also an author, speaker, entrepreneur and authority on helping people triumph over tragedy. Her decade of work on self-empowerment and community building has taken her across the country and abroad to speak on continuous improvement for the mind, body and soul. Angela focuses on helping others take control of their minds, reconnect to the love and light within, and transform into their fullest potential as human beings. Ms. Rose was honored with the Superwoman of the year award by Chicago in October 2014.

Ms. Erin Merryn Chicago activist and the force behind “Erin’s Law.” “Erin’s Law” requires that all public schools in each state to implement a prevention-oriented child sexual abuse program which teaches students in grades preK – 12th grade, age-appropriate techniques to recognize child sexual abuse and speak up and tell.  “Erin’s Law” was first passed in Illinois in 2013 and has since been passed in 24 more states and Erin’s mission is to get all 50 states to adopt Erin’s Law.  She turned her childhood diary into a book “Stolen Innocence” and self-published it when she was a senior in high school.  Since then she has gone on to author two more books, “Living for Today: From Incest and Molestation to Fearlessness and Forgiveness” and “An Unimaginable Act: Overcoming and Preventing Child Abuse Through Erin’s Law.”

People Magazine named Erin Merryn as one of its “15 Amazing Women Changing the World” in its June, 2014 issue for her nationwide visionary work protecting children from sexual abuse.  She was also Glamour Woman of the year recipient in 2012, has authored three books and has appeared on Oprah, Today Show, Good Morning America, Katie Couric and too many other shows to note.  Ms. Merryn’s most recent appearance will be featured in a commercial-free TLC documentary on childhood sexual abuse airing August 30, 2015.

Presentation: “A Voice for the Voiceless” 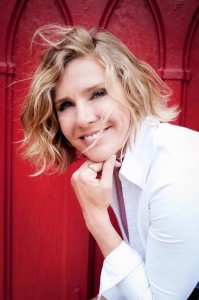 Andrea Metcalf is a nationally known health and fitness expert as seen on the NBC Today Show, Steve Harvey and Oprah.com.  As a regular contributor to FOX Chicago news, she hopes to inspire audiences to live healthier. Health Editor for Womensforum.com and founder of Tasty Facial Bar, Andrea is a serial entrepreneur. 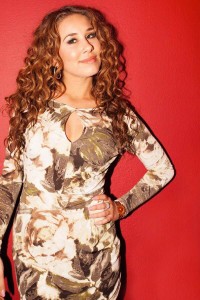 Haley Reinhart will empower us with a couple of her inspirational songs with her father accompanying her on the  guitar.  Let music heal you! 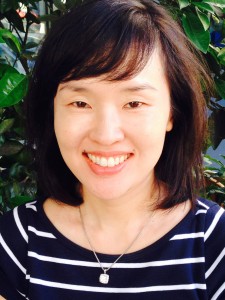 Dr. Jane Oh has been practicing obstetrics and gynecology in Arlington Heights for the past 14 years. She graduated from Northwestern University Medical School and did her residency in Chicago, at Mercy Hospital. She is certified in acupuncture and enjoys the holistic perspective that traditional medical cultures bring to her practice. Dr. Oh has a passion for empowering women to take charge of their health. Empowered women can then fulfill their life purposes and make a positive impact where ever their lives lead them.

Health is fundamental for achieving all of the goals in our lives. By addressing root causes of poor health, we can reverse poor health and prevent disease. A brief description of some of the root causes of disease and tools we can use to nurture our health will be discussed. 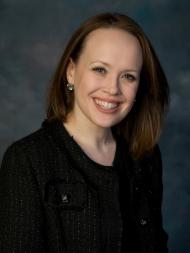 Kristina Buchthal Regal is an attorney at Lavelle Law Ltd. in Palatine. Kristina is a family law attorney practicing in divorce, custody, support, and order of protection cases in Cook County and other counties in the Chicago area. Kristina attended Northwestern University and DePaul University College of Law, earning her law degree and admission to the bar in 2009. Kristina is a member of the board of directors and legal volunteer of the organization Between Friends, which assists survivors of domestic abuse. Kristina volunteers her time representing domestic abuse survivors on a pro bono basis, and she is a lifelong proponent for women’s rights.

Presentation: “How to Navigate the Courts for Survivors of Abuse”

Find ease beneath your stress with iRest Yoga Nidra. This easy-to-practice guided deep relaxation and mindfulness meditation has been shown to help alleviate anxiety and fears, pain, depression, insomnia, PTSD and addictions.

Jacqui Neurauter is an iRest® certified BodyMind Therapy/Coach.  She helps individuals navigate transitions, manage stress and trauma, and explore pathways to discover meaning, purpose and passion for a fulfilling life.” 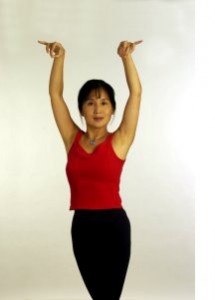 Linda Cao is Licensed Clinical Professional Counselor, Board Certified Dance Movement Therapist, Certified Hypnotherapist and Certified Tai Chi Qigong Meridian Healing Instructor. She has been trained in China & US with over 20 years of clinical experience.

Tai Chi and Qigong both are centuries-old Chinese practice rooted in Chinese meditation, medicine, and martial arts. Tai Chi is designed to exercise the mind and body through a series of gentle, flowing postures that creates synchronized dance. Qi Gong is energy focused internal gymnastic formed by deep breathing and meditative movement.  You will experience powerful healing and joy with Linda.  Participants should be instructed to wear loose, comfortable clothing. 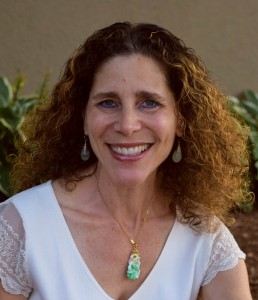 She received her Bachelors of Social Work from the University of Illinois at Champaign-Urbana and her Masters of Social Work at Florida International University. First licensed in Florida, then in N. Carolina and now in Illinois her home state, her background includes practice in a variety of settings from non-profits, out-patient to residential treatment, hospitals and private practice. She holds certifications in Clinical Work Supervision, Montessori Education ages 3-6, Hypnosis, Divorce & Family Mediation, Collaborative Divorce Practitioner, and EFT (Emotional Freedom Technique).

Presentation: “Set Yourself Free with EFT ~ Tapping Your Way to Emotional Relief”

Linda Schneider, J.D., M.F.A., is the Founder of Heartland Rhythms, which provides dynamic, hands-on programs that use group drumming to help people connect with their personal “heartlands,” express their unique rhythms, and grow as individuals. A retired lawyer and college writing instructor, Linda went on a quest that led her to study Qi Gong, Tai Ji dancing, music improvisation, singing, and drum circle facilitation. She now brings drumming to community groups, businesses, and families for empowerment, self-discovery, creative expression, spirituality, and well-being. Linda has trained with the acclaimed music therapist Christine Stevens, author of Music Medicine, and with Arthur Hull, the internationally recognized father of the facilitated drum circle movement. Linda has also completed training in Health Rhythms, a research-based life enhancement and wellness protocol developed by Remo Drums. She is based in Evanston, Illinois.

-Concert named after her new EP, “Better” to be released in end of January-

**Free Parking in the Parking Garage next to Durty Nellie’s** 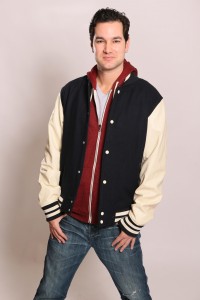 Roman is half of one of the longest running teams in Chicago radio, Stylz & Roman on B96. Not only has he been the trusted voice of Chicago for over 11 years, but he was also born & raised right here in Chi-Town so he knows a thing or two about the city. Roman attended Lake Park High School, College of DuPage & majored in Music Business at Elmhurst College.

He’s also a DIE HARD Cubs fan! The 1st thing he did after getting hired by B96 in 2004 was buy season tickets & has had them ever since. Roman was able to live out both of his childhood dreams the past few years at by throwing out the 1st pitch & singing the 7th inning stretch at Wrigley Field!

Roman, who is half Mexican and half Swedish, also loves music! He has written & co-produced three Top 40 records nationwide and has won four Chicago Music Awards including Song Writer of the Year. He’s currently the front man for the music group Jump Smokers, which also features DJ Flipside. They were recently on the sold out Pitbull / Enrique Iglesias North American Tour and still play at different venues all over the world! 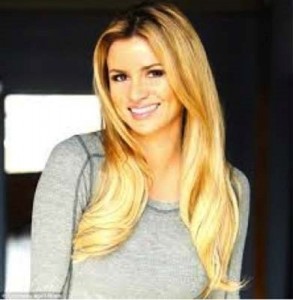 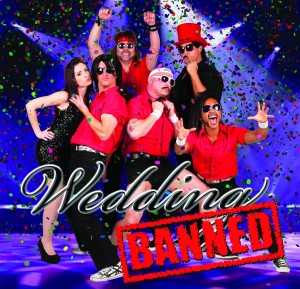 Wedding Banned was voted the best dance band in Chicago by Chicago Rocker magazine. Their unique performance blends music, audience interaction and comedy to make them a must see. Let them take you back to great times in your life!!

Haley Reinhart, 25, is a singer/songwriter who’s debut album, “Listen Up!” was released on Interscope Records & 19 Recordings. With much critical acclaim, it debuted at number 17 on the Billboard 200 chart. Reinhart grew up in Chicagoland, born into a world of music. Singing at the young age of seven, she began to take the stage alongside her parents and their band of 30 years called, “Midnight.” Growing up watching her folks, she became heavily influenced by rock ‘n’ roll, funk, pop, jazz, and the blues. She hit the big stage with her High School Jazz Band when they toured across Europe performing in both Montreaux & Umbria Jazz Festivals. Reinhart continued to study jazz in college as she formed many bands & side collaborations. In 2011, she landed herself the third place title on Season 10 of American Idol. Since then, she has signed a deal with ole publishing, enabling her to travel the U.S. and abroad; working with international writers and producers. As a result of these collaborations, Reinhart and ole have had much success in sync placement. Her songs have been featured in TV & films such as, James Cameron’s HBO documentary series, “Years of Living Dangerously, to the recent Chase bank commercial, and film, “Step Up Revolution.” She has reached many different listeners playing in festivals such as Lollapalooza and NOLA’s Jazz Fest. Reinhart has made a mark performing with acts like Tony Bennett at Nokia Theatre, Slash at the MGM Grand, David Foster for Celebrity Fight Night, to Irvin Mayfield & The New Orleans Jazz Orchestra at Carnegie Hall. Next to singing, Reinhart will be making her voice over debut this winter as a little boy named, Bill, in a Netflix original animated series, “F Is For Family,” produced by Bill Burr, Vince Vaughn, Peter Billingsly, & Michael Price. She is also touring North America this fall with group, Postmodern Jukebox. Reinhart’s highly anticipated EP titled, “Better” is set to release January, 26th 2016. The title track and first single is scheduled to be released fall 2015. Stay tuned!

Check out Haley’s version of Elvis’s, “Can’t Help Falling In Love” featured in the recent Extra Gum commercial.  This song is available at iTunes at  https://itunes.apple.com/us/album/show-me-your-moves-single/id903434847 or, see this amazing version on youtube at http://www.billboard.com/articles/news/6770454/haley-reinhart-cant-help-falling-in-love-video-extra-gum.